He llegado. I have arrived.

... like 10 days ago, but I have yet to post. Whoopsies. My first week in Lima was spent with the Goodfellow family (Blake, Sarah, and their 4 kids - Riley, Ford, Brady, & Tyler). Blake's sisters came in the same day as I, so we were all paraded around like tourists. It was awesome! I went surfing for the second time in my life (aside from Hawaii) and didn't even need to wear a wetsuit because the ocean was that warm. The Goodfellow family was so welcoming and it felt like being home. I'm extremely grateful for their hospitality.

The Goodfellows also took us to a water park called Parque de Aguas (very literal name). Blake's sisters and I were standing by the fountains watching the kids play when a Peruvian woman came up to us asking if any of the blonde kids were ours. She then gawked at their hair and told me it costs $75 or more to get your hair dyed that color. From there she asked our ages, whether or not Blake's sisters were able to get pregnant still, and asked if we wanted to meet her son. We were giggling and joking with her until we realized she wasn't kidding. Then, mysteriously, I said we all had boyfriends and she looked at me directly in the eyes and called me a liar. Thankfully, Blake was passing by right then so we said we needed to leave with him and bid her fairwell (with kisses on the cheek, Peruvian style). That was a sufficiently awkward and sufficiently Peruvian encounter =)


And then there are the cucarachas. The first one I saw was in a box of yarn at Krochet Kids. Riley and I were inventorying yarn, and when I picked up a cone of yarn a cucaracha ran around the box. I jumped and refused to touch that box. Blake thankfully went through it one by one but we didn't find the rascal! That is, until the cone of yarn was in my hand and I turned it around to see the cucaracha in the middle of the cone. I yelped and threw it. The next day I was in my house washing my hands in the bathroom when I looked down and saw a sizeable cucaracha (2" long body) on my shorts!! I quickly threw off my shorts and stepped on it though it didn't die. Not even close. That time I didn't even make peep so I think I'm making progress =)

Here are a few photos to document my time here thus far:

1. Blake picking me up from the airport, Lalo on my backpack 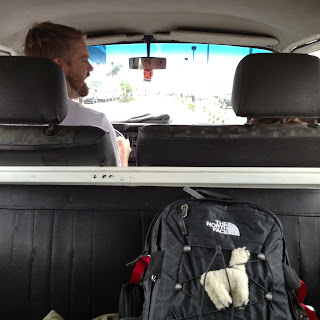 2. The view of the village (Chorrillos) where Krochet Kids is (& Lalo) 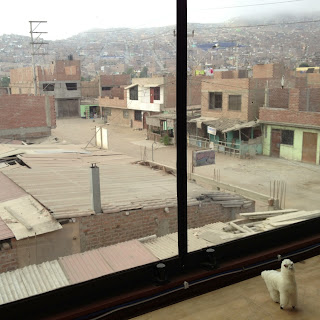 3. Riley at KKP with Lalo on her shoulder 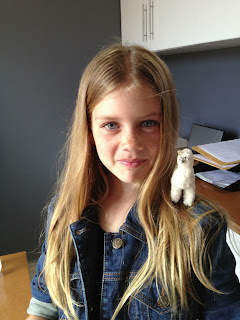 4. Fireworks that were going off for hours on new year's. Everyone shoots them off. 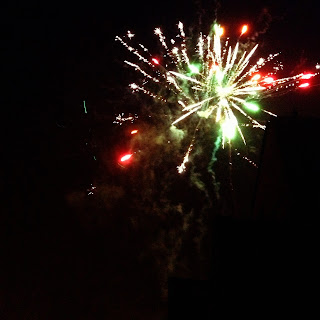 5. Cool historic church in Parque Kennedy. Across the street from here I got a pretty tasty lucuma shake. 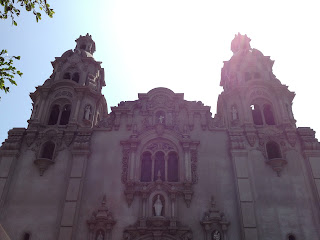 6. Me overlooking the beach. All coastal land is protected in Lima so it's really beautiful. 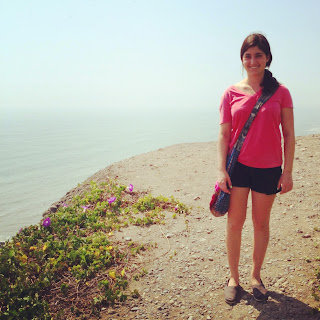 7. Parque de Aguas (where we were propositioned for marriage). 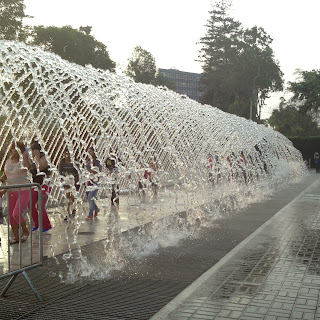 8. A Chicharron - a popular Peruvian sandwich with pork, onions and a sauce made from a spice called aji (pronounced AH-HEE). 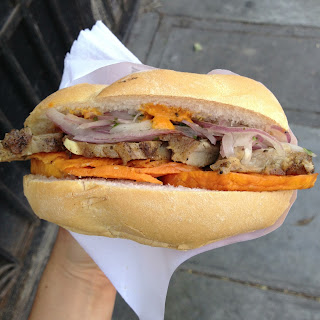 Posted by Marina Kookootsedes at 8:03 PM No comments:

As a going away present, my friends Katie & Nicole gave me a little llama. He's 3" tall and made from real alpaca fur in Peru! Prepare to be entertained by my little friend as he sneaks his way into many of my pics. He may even get his own blog, but that has yet to be determined. For now, I'll post pics of him here and on Instagram. #followlalo. 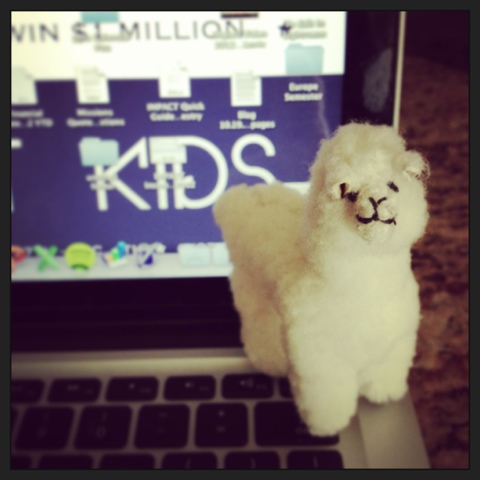 Posted by Marina Kookootsedes at 1:28 PM No comments:

I've been sitting on this blog post for quite some time now. I wrote it back in October but have been hesitant to post it for who knows what reason... Transparency (and not caring how politically correct I am) is something I'm going to try to do in this blog. Comments & discussion are welcomed =)

In the last week, I’ve been devouring the book Helping Without Hurting by Steve Corbett and Brian Fikkert. It’s a great and challenging book, I highly recommend it. I read it the first time about a year ago and decided to pick it up again before I move to Peru. The take-home message is how to approach development from a Christian perspective and how oftentimes, out of the best intentions and an effort to help, we end up hurting the poor (and ourselves).

Trying to contextualize that to my life here in Santa Barbara, I struggle with how to have compassion on homeless people without “hurting” them in the process. I am a believer in not giving money because that only seems to perpetuate the problem. Today, I was sitting outside one of my favorite coffee shops reading When Helping Hurts and The Tangible Kingdom (by Halter & Smay) when a wayfaring man came up and in a loud stammer he asked the table next to me “Can you please give me 25 cents? You won’t believe the trip I’ve been on today!” Though I couldn’t see him, I think the person gave him some money because he left their table and came over to me. He repeated his rant, to which I responded, “Sorry sir, I don’t carry cash” (lie) “...but would you like a coffee or pastry from inside?” He responded, “Yes of course!”. When I went inside to order, the barista asked me if the man was harassing me, to which I responded no. When I brought him the pastry and coffee, he thanked me and I asked his name. “Dan, it’s nice to meet you, my name is Marina.” “You’re a very special person,” Dan said. At this point our handshake was becoming uncomfortably long. “Thanks, you’re really special, too” I quickly retorted, wanting our awkwardly long handshake to end. Then I dismissed myself to go work inside the coffee shop. From the window, I could clearly see Dan tripping all over himself, bothering other patrons, and standing listless in the middle of the street. He was obviously not in his right mind. One of the baristas in the coffee shop went outside numerous times to ask him to leave, and he finally did.

So there I was, left sitting safely inside, thinking about what just transpired. I am admittedly horrible at interacting with homeless people. Most days (I am embarrassed to say) I walk briskly past while at best offering a sheepish grin or hello. I want to affirm their humanity by at least making eye contact with them, but that often leads them to ask for money (which I already shared my philosophy on). I am a firm believer in relationships as key to transformation, but have I ever really invested in a relationship with someone outside my comfort zone? Hardly. I need major growth in this area. So back to Dan, I provided him with a little food and a decent human interaction, but not much else. In the long run was this helping or hurting?

In the book, Fikkert & Corbett warn against the American “God-complex.” Why do we as Christians seek to help poor people? Is it because of a genuine love for them as people Jesus cared about? Maybe, but we also usually experience undercurrents of pride in doing something significant with our lives. Gulp. Guilty as charged. In examining my own life, how much of my passion for economic development work comes out of a passion for the poor? Some, but I am also an extremely selfish being with a weakness for adventure and longing for significance. It is something most people (in my generation especially) struggle with. As christians we feel entitled to do awesome things for “the Kingdom” with our lives. And that’s a noble pursuit, but the driving force needs to be a love for Jesus and his heart for the world. I am reminded of a verse, Psalm 127:1 “Unless the Lord builds the house, the builders labor in vain.” We can build even good things like ministry to our own glory. Real transformation, however, happens when our glory is not at the center. That route is usually less appealing, but so much more worthwhile.


In case you have a desire to check out either of the books mentioned in this blog, here they are on Amazon:
When Helping Hurts
The Tangible Kingdom

Posted by Marina Kookootsedes at 1:03 PM No comments:

I bought my ticket. One way. My decision to move to Lima for (at least) 2 years is starting to take tangible form. I am a little anxious, but mostly excited. I'm sure the nerves will set in when I near my departure date of December 27th. Most of all I'm curious... to know what working & living in a developing country is like, wondering what major blunders I'll make in Spanish, what food I'll be eating, whether or not I'll make friends, and the list goes on. For now I'm working on being content with all of the big question marks. It's more adventurous that way... 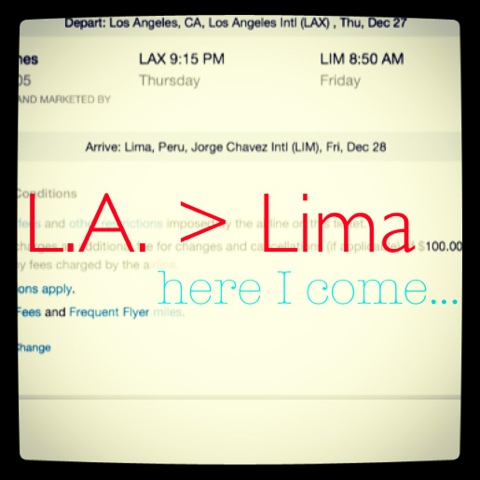 Posted by Marina Kookootsedes at 1:38 PM No comments:

Marina Kookootsedes
I'm just a little greek girl embarking on an adventure to Lima, Peru. I am working for a sweet non-profit called Krochet Kids! If you haven't heard of it, you NEED to check it out at krochetkids.org. Follow me as I navigate the Peruvian life and hopefully learn a little bit more about Jesus in the process. Oh and did I mention I have a llama? His name is Lalo.